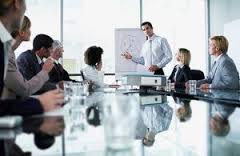 Firms have to be very careful these days when they are taking on new members of staff. Companies are now subject to a series of employment laws and, if they transgress these either purposefully or inadvertently, they can find themselves in legal hot water.

As well as the cost and hassle associated with being dragged through the courts, enterprises can also suffer serious harm to their reputations. Luckily for managers, it is now possible to source legal documents over the web. These inexpensive resources can help organisations to remain on the right side of the law.

It seems as though demand for these legal templates may be high at present in the UK. According to the latest figures from Reed, there is jobs growth in every sector and every region of the country.

The firm released the findings of its monthly jobs index and stated that the number of vacancies available has increased to levels last seen five years ago. Reed stated that a total of around 165,000 positions were advertised on its jobs website in October. This was the highest number since September 2008

Its index, which tracks the number of new employment opportunities and the salaries available compared with the previous month and against a baseline set in December 2009, posted a record high of 180. This was 14 points up on September.

The top three sectors in terms of monthly growth were leisure and tourism, which was up 31.8 percent, and education and retail, which climbed by 27.7 per cent and 17.7 per cent respectively. Meanwhile, the top three fastest growing regions were found to be Northern Ireland, with growth of 30.9 per cent, and the south-west and East Anglia, which registered increases of 15.5 percent and 12.6 per cent.

Responding to the findings, Reed chairman James Reed said: “October’s index is further evidence of the continued recovery our figures have been showing for many months now. Importantly, this is the first time we have seen growth across every sector and in every region since we started the index at the end of 2009, which is good news for businesses and people around the country.

“As an economic indicator, the jobs market is demonstrating confidence from employers across the UK to hire new staff, grow their business and support a strengthening economy. As we approach a new year, business, government and industry commentators will be keeping a close eye on employment figures as a sign of what 2014 may bring – particularly in light of the fact that any interest rate rises will be informed by unemployment levels.”

However, he went on to point out that salaries have not recovered to the level recorded when the index was launched. It currently stands two points lower than the baseline at 98.

By taking suitable precautions when taking on new members of staff, such as using the relevant document templates, firms can avoid a host of difficulties, so it is no surprise that many managers are taking advantage of these resources.

About the Author – Anna Longdin is a freelance blogger who contributes regularly to a wide range of business sites, including Simply-Docs.