Demand For Dangerous Goods Packaging May Be On The Rise Among Manufacturers In The UK, With New Figures Showing A Rise In Re-Shoring 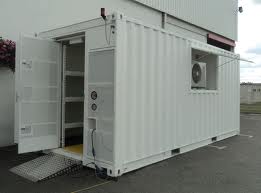 Before manufacturers can send their products out to customers, they must ensure they are suitably packaged. This is particularly important in the case of dangerous goods. After all, it is vital that such products can be transported and stored safely. If any lapses occur, the consequences can be devastating. In the worst cases, people, property and the environment can be placed at serious risk.

Demand for effective packaging may be on the rise at present in the UK. According to figures produced by global law firm Squire Sanders and manufacturers’ organisation the EEF, an increasing number of producers are moving their operations back to Britain.

The study revealed that one in six companies re-shored production in-house over the course of the last three years. The same proportion re-shored to a UK-based supplier. This is good news for Britain’s manufacturing sector.

Over half of the companies that had re-shored (56 per cent) said that their delivery schedules from oversees suppliers did not fit with their shorter order books. Meanwhile, the second most popular reason for shifting production back to the UK was improved quality. This was cited by 35 per cent of respondents. Other motivations included the reduced risk of supply chain disruption (23 per cent) and the erosion of labour cost benefits abroad (16 per cent).

It is also worth noting that 40 per cent of the organisations that re-shored saw their turnover increase as a result, while 60 per cent experienced a boost in profits and employment levels.

China was the main country to re-shore from and it was mainly smaller firms that had shifted their operations away from this part of the Far East. Meanwhile, many companies, particularly larger organisations, have also re-shored from Eastern Europe.

Responding to the findings, EEF chief executive Terry Scuoler said: “The trend may be gradual but is highly encouraging to see more re-shoring continuing. While it will always be two-way traffic, the need to be closer to customers, to have ever greater control of quality and the continued erosion of low labour costs in some competitor countries means that in many cases it makes increasingly sound business sense.

“It is now key that government policy supports the most competitive business environment possible so that we continue to see more high value innovative manufacturers invest in and sell from the UK.”

Also making his thoughts known, CiprianoBeredo from Squire Sanders stated: “Companies in both the UK and the US that have previously off-shored low cost production may no longer be reaping the same benefits. While moving any manufacturing across borders is a significant decision for management, the report shows that this is not motivated solely by cost, but often to improve the quality of what is being produced and enhance customer service.”

Wherever they are based around the world, manufacturers must ensure they take care to source suitable packaging. Luckily for these firms, it is now easier than ever to peruse and order such resources.

Anna Longdin writes regularly about UK manufacturing.She visits sites including Air Sea Containers Ltd to ensure she stays up to date on all the latest industry news and developments.